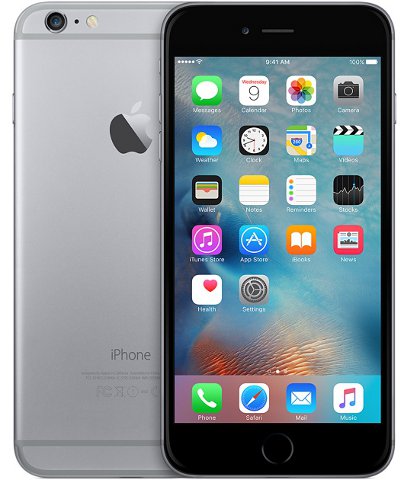 Full HD display: The IPS LCD 5.5-inch display was quite large at the time this model was released. Screen to body ratio is 67.7 percent. The display gives full HD with 1080 x 1920 pixels and 401 ppi density. Ion-reinforced glass and oleophobic coatings have been used as glass protection. The screen supports 3D touch display which is a great feature of the latest series of iPhone.

Battery and talk-time: The iPhone 6s Plus uses a non-removable Li-ion 2750 amp battery that can provide 24 hours of talk time, 14 hours of HD video and up to 40 hours of audio. Stand-by time 384 hours using 3G network. The phone takes about 2 hours to charge from 0 to 100 percent.

Available Colors: Available colors in Bangladesh are Space Gray, Silver, Gold, Rose Gold. You can choose any color but the price for the color may vary slightly. However Space Gray is mostly used in BD and worldwide.

Camera: iPhone 6s Plus uses a 12 mega camera with a small sensor and a small pixel of 1.22µm. Dual-LED dual-tone flash for main camera. The second camera has a 5 MP sensor. Both front and rear camera supports face detection, HDR, panorama.

Gaming: The 6-core graphics PowerVR GT7600 and dual-core 1.84 GHz Twister processor make gaming even smoother. Now this hardware can run the latest released games well. In addition, the Apple A9 chipset of 12 nanometer which gives a good boost for the game.

Lowest price of Apple iPhone 6s Plus in Bangladesh 2022

Visit showroom or call to buy the iPhone 6s Plus.