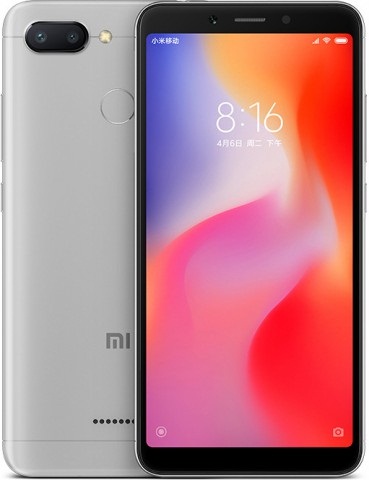 The date is June 2018, Redmi 6 was first officially published in Bangladesh. As soon as it was published, it caused a stir all over the country with its fancy features. Let's discuss its features. And in the current market of Bangladesh, the price of Redmi 6 has come down a lot, so those who want to buy a good phone on a low budget can buy it.

The Redmi 6 is designed with a body curved design to get a good grip while holding the phone. Not only that, the curved design has further enhanced the beauty of the smartphone. Most of the time mobile users slip the phone out of their hands and go after it just to not get a good grip on their hands. But the Redmi 6 phone is a complete exception. It has a curved body design so that the user feels comfortable with the phone in hand.

To make the Redmi 6 smartphone faster than all previous phones, Octacore processors have been used, each of which is 2.0 GHz. Some of the features of the Octacore processor are that the Octacore processor basically has 6 processors but it is divided into 2 parts. One part does the powerful and high-resolution tasks of the phone such as high-resolution video capture, high-graphics game support and many other tasks and the other part does a little less powerful tasks like making calls, browsing the internet and many more. The motherboard of this mobile uses MediaTek MT72 Helio P22 chipset which is made using the 64-bit chip TSMC's 12nm FinFET (codename MT6762) technology. So there is no reason to worry about the lacking problem of the phone.

The Redmi 6's display has an IPS LCD touchscreen with 16 million colors, a 720 x 1440 pixel 5.45 inch screen with a ratio of 18: 9. The screen is multitouch so multiple tasks can be done simultaneously. The screen uses 295 ppi density which is enough for a mid range phone. And its screen to body ratio is 72.7 percent.

The Redmi 6 has two cameras, one with a resolution of 12 MP with f/2.2, 1.256μm and PDAF. The first camera can use HDR technology. The other is a 5 megapixel f/2.2 and 1.12μm depth sensor that can easily capture pictures and videos in panorama mode. Those who are very fond of photography can become a good photographer with Redmi 6 mobile. Its PDAF face detection autofocus technology makes any pictures and videos clear with natural color and autofocus.

The Redmi 6 has a 3000 mAh fixed Li-Po battery. It was conducted on an HD video loop test for 14 hours and 34 minutes. Google Maps was used for one hour of navigation, 30 minutes of gaming, several benchmark moves, and multiple photos and videos for camera testing. If there is a similar usage pattern, it can be used for a whole day. When plugged into this phone's supplied 5-watt charger, it charges 16 percent in 30 minutes and 35 percent in one hour. It is more popular for its long battery life of Redmi 6.

Visit showroom or call to buy the Redmi 6.