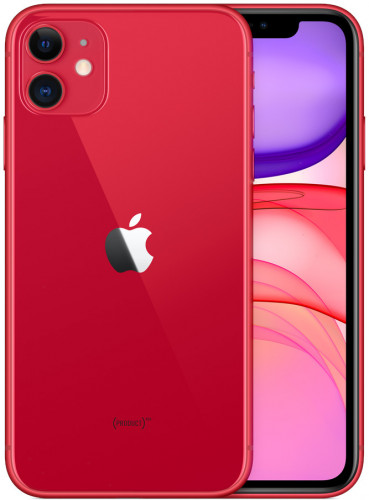 Apple's iPhone 11 was first revealed in September 2019 at the Steve Jobs Theater in Cupertino, USA. This popular model of iPhone came to the market of Bangladesh in the same month.

iPhone 11 has all the interesting features: -

Display: The iPhone series has a Liquid Retina 6.1-inch 828 x 1792 pixel display. The screen to body ratio is 79.0% and its density is 326 ppi. Attached to this display are advanced technology, scratch-resistant glass and oleo-phobic coating. The feature is that even with maximum zoom in the display, the pixels are not visible or cracked.

Camera: Apple has come up with the first iPhone 11 with a triple camera phone. It has two 12 megapixel rear cameras. The two cameras have a wide angle lens and an ultra wide angle lens. There's also a selfie camera with a 12-megapixel camera and an SL 3D biometric sensor. 4K video can be done with both cameras.

Operating System: According to Apple, the iPhone 11 has the fastest CPU and GPU in the world of smartphones. The operating system has iOS 13 which is upgradable to iOS 14.2. The chipset has Apple's Bionic A13, the GPU has the Hexa-Core and the GPU has Apple's 4-core graphics.

RAM and Storage: The iPhone 11 comes with 4GB of RAM in three variants of 64GB, 128GB, 256GB storage. This phone does not have a separate memory slot, so no additional memory card can be used.

Battery: One of the attractions of this phone is the reverse charging feature that can be used to charge another Apple device. The iPhone 11 has a 3110 mAh lithium ion non-removable battery. There is a 18 watt QI Wireless Fast Charging Charger to charge the battery. In just 30 minutes, the battery is 50% charged.

Visit showroom or call to buy the iPhone 11.